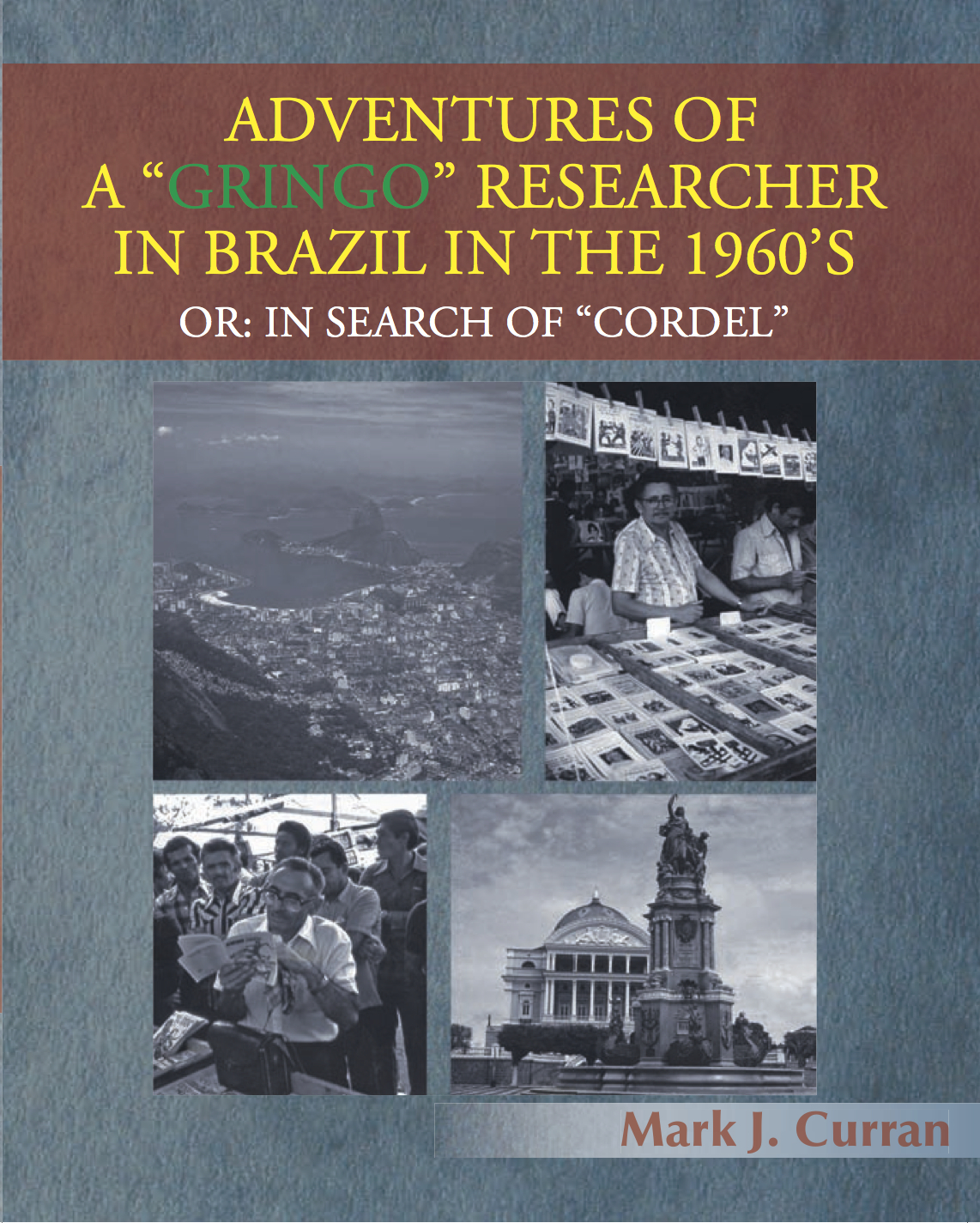 Professor Curran made more than twenty research/travel trips to Brazil from 1966 to 2005 traveling from Rio de Janeiro and São Paulo in the South, up the São Francisco River in Minas Gerais and Bahia, through the major and minor cities of Brazil’s Northeast, and to Belém and Manaus in the Amazon Region.

This book tells the story of the research and travel, including many anecdotes from the latter – true adventures of the “gringo” researcher. Thus, the book is far more than “cordel;” it is an account of myriad aspects of Brazilian culture: major figures of Brazilian Literature in their own setting, religious syncretism seen in Recife’s “xangô” and Bahia’s “candomblé,” banditry in the backlands, “capoeira” from Bahia, Rio’s New Years’ Eve and Carnival, a memorable trip on a wood-burning sternwheeler on the São Francisco River in Minas Gerais and Bahia, and travels on DC – 3s and DC – 4s in the Amazon.

The narrative style is colloquial and conversational; perhaps one could imagine the author and reader sitting down for a chat while enjoying a Brazilian “caipirinha” or “choppe” draft beer as Curran tells his story.

Buy this Book: This book is available from trafford.com or amazon.com