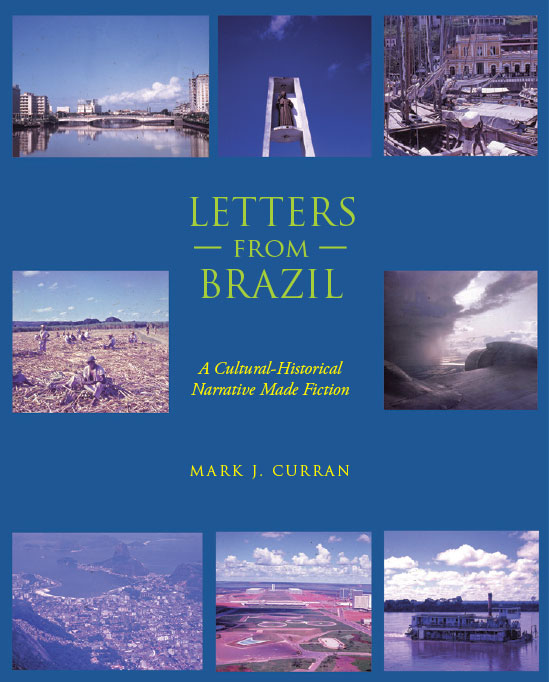 Letters from Brazil: A Cultural-Historical Narrative Made Fiction recounts the adventures of young researcher Mike Gaherty in Brazil in the turbulent 1960s. It tells the story of his research on Brazilian folklore and folk-popular literature (with inevitable amorous moments along the way) while dodging encounters and threats from agents of the DOPS, Brazil’s chief espionage and anti-communist, anti-subversion agency. The nation’s military revolution of 1964 and subsequent evolution to dictatorship are the background for Gaherty’s ups and downs in Brazil’s Northeast, the Northeast Interior, Salvador da Bahia, Rio de Janeiro, Brasília, the Amazon, and a final harrowing time in Recife.

The thread of the narrative is the series of letters requested of Gaherty by James Hansen of the New York Times (international section) and his later involvement with Stanley Iverson of the INR (Bureau of Intelligence and Research of the United States Department of State)-WHA (Western Hemisphere A airs) reporting on Gaherty’s own research activities in Brazil and his discoveries of political and social sentiment in northeastern Brazil. The young American researcher reports as well on meetings with major Brazilian cultural figures, encounters with Brazilian Afro-Brazilian phenomena like Xango, Candomble, and Capoeira, impressive times during New Year’s Eve and the Carnival in Rio de Janeiro, and cultural-travel highlights throughout Brazil. The fly in the ointment was the DOPS.