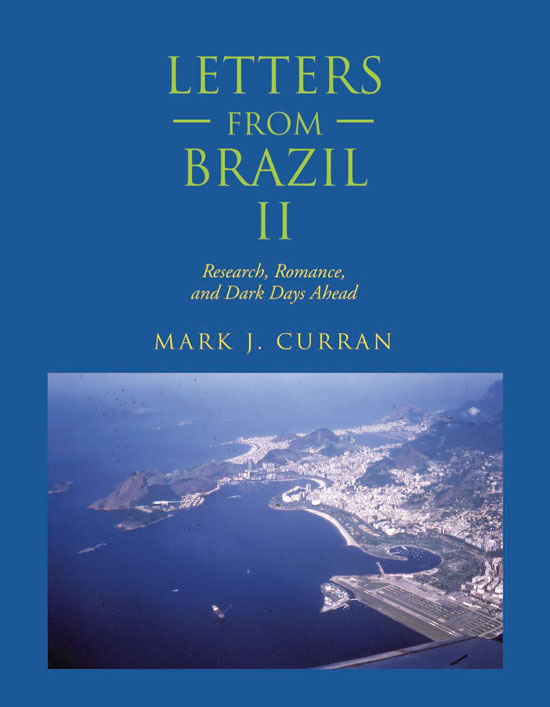 Letters from Brazil II is a continuation of Letters from Brazil, 2017. Mike Gaherty, now an assistant professor at the University of Nebraska in Lincoln, is back in Brazil to continue research and begin the battle for publication in a “publish or perish” academic world. He now has a Brazilian visa as journalist- researcher in his role of writing occasional “Letters” to the New York Times’s international section and is working in liaison with the Department of Research–Western Hemisphere Analysis of the US State Department (INR–WHA). “Letters” will chronicle what he sees and experiences in Brazil – politics, economics, and especially, daily life under the evolving military regime. The Brazilian intelligence agencies, the DOPS and the SNI, are aware of his role and keep constant surveillance on his activities. Life gets complicated as Mike juggles romantic interests both back at home and in Rio de Janeiro. And research evolves to treat the relationship between the folk-popular stories in verse (“literatura de cordel”) and MPB (Brazilian Popular Music), especially regarding the composer, singer, and musician Chico Buarque de Hollanda and his efforts to write and perform in Brazil while battling with the general’s censorship laws under AI-5. There are many surprises for Mike—some pleasurable, a few dangerous. Life for a researching professor turns out to be not as pedestrian as might be expected.

Mark Curran is a retired professor from Arizona State University where he worked from 1968 to 2011. He taught Spanish and Portuguese and their respective cultures. His research specialty was Brazil and its “popular literature in verse” seen in the story- poems of the “literatura de cordel.” Articles in research reviews as well as sixteen books deal with this folk-popular literature and its relation to Brazilian literature and history. Other books done in retirement treat subjects from Spanish Civilization, Latin American Civilization and Luso-Brazilian Civilization in the series “Stories I Told My Students” - books on Guatemala and Mexico, Colombia, Spain and Portugal and especially Brazil. Autobiographical books represent a change of pace from academia, “The Farm” and “Coming of Age with the Jesuits.” A seminal year of research made fiction is seen in “Letters from Brazil” and now Curran recounts a wonderful retirement “gig” on the National Geographic Explorer.