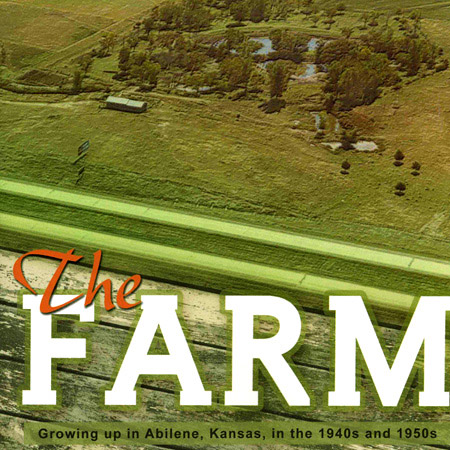 Mark Curran grew up on a family farm near Abilene, Kansas in the 1940s and 1950s.  Abilene, aside from being a beautiful small town with many historic buildings and Victorian style homes on shaded streets, is famous for its role in the early cattle drives from Texas and as a railroad shipping center for livestock to the East, cowboy days, and being the childhood home of Dwight D. Eisenhower, head of the Allied forces in World War II and later President of the United States. The farm was on a half-section of land, producing wheat, alfalfa and corn, and was nearly self-sufficient in providing food for the family. Curran believes his experience of growing up was typical of the times in the United States and represents a way of living which has nearly vanished. He also believes his experience is shared by many people who now live in urban areas but share many of his memories.

The major part of the book is Curran's memories of growing up on the farm.  Part II, added later, details memories of school days in Abilene in what Curran calls "The Age of Innocence," a term many of his readers will agree with.