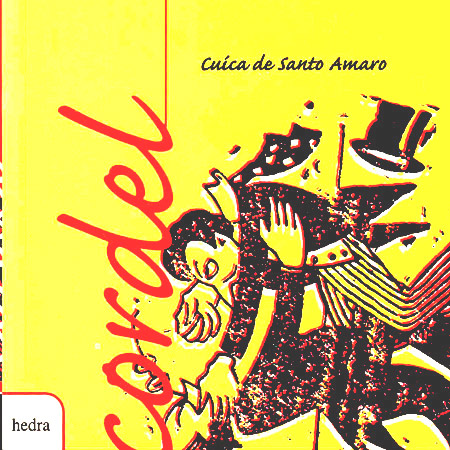 Professor Curran was asked by Hedra Publishing House in São Paulo to organize this anthology and write the introduction. The volume is one of fifty planned, each highlighting the career and accomplishments of a major writer of “cordel.”

Cuíca de Santo Amaro, the folk-popular “hell’s mouth” of Salvador da Bahia, a title earned  by virtue of  his story-poems written during thirty years, from the 1940s, 1950s to the mid-1960s, documented in the most complete fashion the daily life in the city of Bahia de Todos os Santos: the hard times for the poor, the customs and moral expectations in the city of Salvador in those days, the crimes, the natural disasters, and perhaps most important, the scandals of private and public life in Bahia. In addition, Cuíca chronicled the political times in Brasil.  He was known as a less than perfect artisan of verse, but as a wonderful poet-reporter.

The book is in Portuguese, but titles are translated below to English.