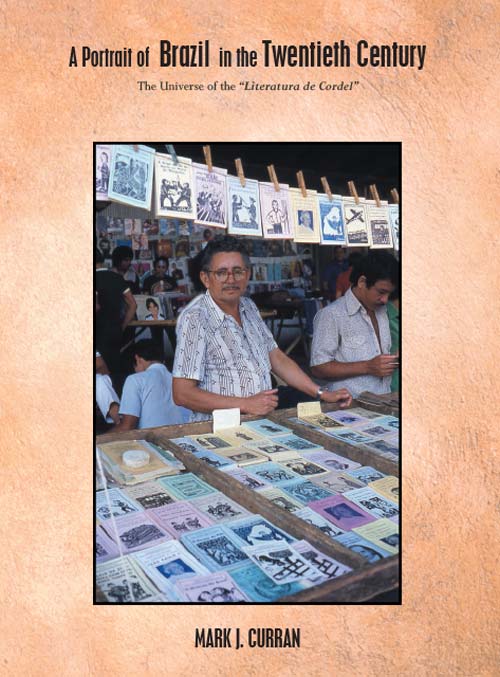 The Universe of the "Literatura de Cordel" is Curran's most recent project. It is the English version of a major work published in Brazil in Portuguese in 2011 by Ateliê Editorial, "Retrato do Brasil em Cordel." Curran returns to "Portrait" for several reasons: primary is his strong feeling that the amazingly broad view of Brazil in the twentieth century seen in the thousands of booklets in verse from the "cordel" represents a major aspect of Brazilian culture in that century. Second, because there are many important bodies of folk-popular verse in the Western Tradition, all "distant relatives" of the Greek and Roman Epic Traditions, and because Brazil's folkpopular poetry is one among them, and because a very large reading public interested in such things does not know Portuguese, this volume in English strives to make the tradition available to such readers.

Finally, the book represents the cumulative efforts of research and writing of Professor Curran in a career of forty-three years of scholarly research and teaching. It reveals a unique portrait of Brazil and its people, informative, instructive and mainly, entertaining.