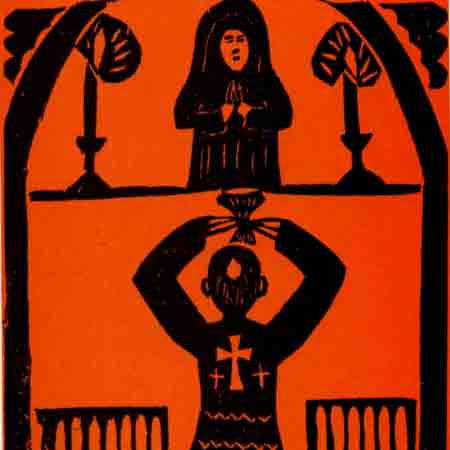 This monograph represents part of Professor Curran’s Ph.D. thesis; it was the first book published by a foreign scholar on the cordel in Northeast Brazil and the first to use the term “literatura de cordel” as its title.  The book  represents study and fieldwork in Brazil during 1966-1967.  The first chapter is a description and explanation of cordel, emphasizing information on the poets, their method of reciting or singing the verse in the marketplace and their sales-distribution network.

Chapter Two deals with Leandro Gomes de Barros the colorful popular personage of Recife for twenty-five years until his death in 1918 who is still recognized as the best of all cordelian poets.  His forte was satire and parody, and his poems have been imitated and copied to the present day.  He provides a chronicle of the old Northeast with story-poems on a variety of topics: daily life, religion, gambling, sugar cane rum and its virtures, women, marriage, mothers-in-law, bandits, Father Cícero and commentary on the national and international scene.

Chapter Three is comprised of written interviews with cordelian poets, the first time this research technique regarding cordel appears in print.  Curran asked the poets how they “got” the gift of verse, how they started in cordel and why.  He also asked whether the poets considered themselves to be representatives of the poor masses and their reality and if they the poets were ever persecuted for writing.  Ariano Suassuna used some of the wonderful, candid remarks by the poets in this chapter in his novel Romance da Pedra do Reino.

Chapter Four traced cordel’s influence on sophisticated Brazilian culture as seen in our link “Value.”  It particularly treats the influence of the poetry on writers of the Northeast with special attention to Jorge Amado and Ariano Suassuna.

The book concludes with a bibliography of major studies up to that time on cordel.

Buy this Book:
Currently unavailable. You can try to find it on the used/collectible market.