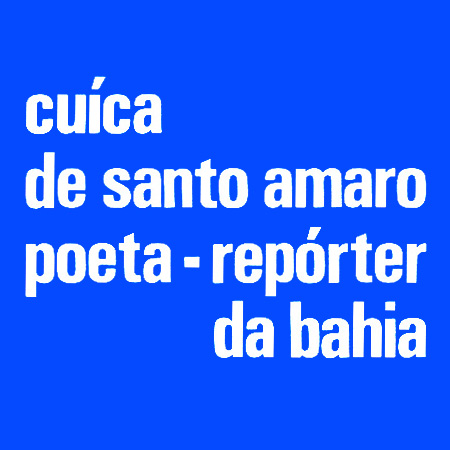 Part One treats “Cuíca the man, the poet, the popular reporter” and is based on interviews, newspaper and magazine articles and the poet’s own statements in his poems.  Part Two is an anthology of excerpts from Cuíca’s documental cordel on Bahia and the nation. Cuíca is the opposite side of the coin of his contemporary and competitor, Rodolfo Coelho Cavalcante: he is the “Hell’s Mouth,” [Boca do Inferno] of Bahian cordel from 1940 to 1964.  A popular, semi-literate Gregório de Matos from the masses, Cuíca wrote biting satire on local scandal which got him into trouble, and only appeals to friends with “pull” and even to President Getúlio Vargas managed to keep him out of hot water and even then, not all the time.

He considered himself first of all a poet-reporter who writes of events on the local and national scene, but he was also a propagandist, a sandwich board man who hawked products for local stores  in verse and was a sort of  “town crier” advertising local goings-on.  But Cuíca used the term “propagandist” in another way: he wrote “paid” cordelian poems to expose scandal and report  “certain facts” that the major dailies avoided.  He accepted bribes and used poetic “extorsion” in these poems, so, as a result, he was thrown in jail and was often in physical danger from irate, real-life characters in his poems.  But the public of Bahia loved him and anxiously awaited each week’s new “bomb.”  He made life in Bahia much more interesting both to humble folks  and middle and upper class people who bought his poems on the dock at the bay, the bus or train station or in front of the Lacerda Elevator in the lower city.

But Cuíca also became known for documenting local and national politics from World War II to 1964.  He condemned Mussolini, Hitler and Stalin to cordelian hell, but praised Getúlio Vargas and his pro-workers’ legislation to the sky.  He had the nerve and the verve to report any event of importance, local or national, in the booklets of cordel which were always sought out on the streets of Bahia for a quarter of a century.